We now find ourselves at the beginning of the 3rd millennium. Approaching 8 billion people now populate the Earth. If we look for evidence of homo-sapien activity on the surface of the Earth 100 million years ago, we only look in vain. Life on Earth was to be found mainly under water.

Millions of years ago ocean waves once pounded the continental coasts. Since then deserts, forests, mountains and valleys have extended over large areas. Weathering has since worn away the layers of limestone beds and fossilized witnesses of the past see the light of day again. 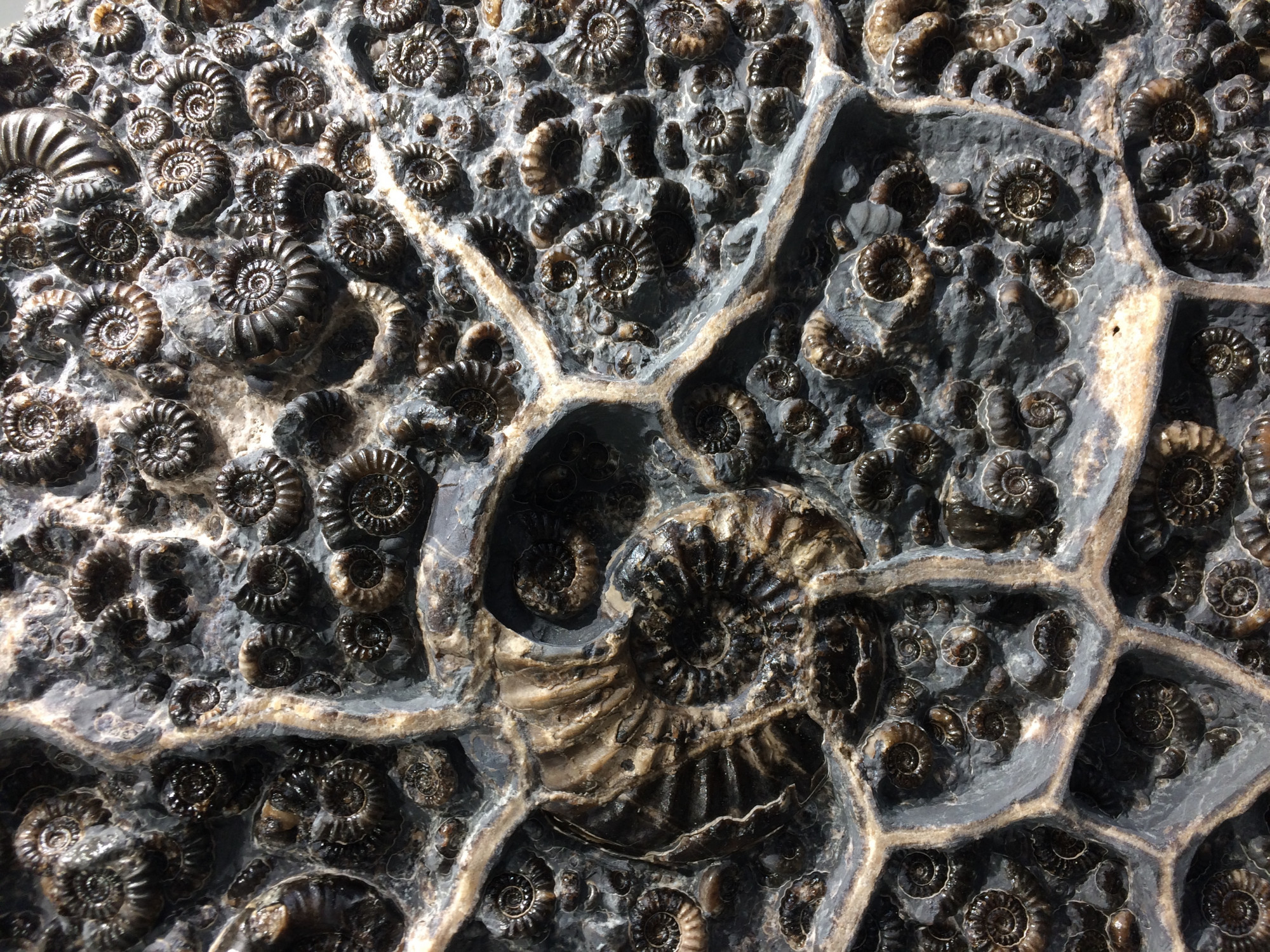 Humans, (hunters and gatherers) soon developed great interest in these fossilized remains. Perhaps they were indeed clues to unsolved mysteries and myths? The most popular collector`s objects were quite naturally ammonites due to their esthetic beauty and exceptionally attractive shells made them stand out from other collectable items.

Ammonites with their 1500 known sub-categories are generally regarded as so called index fossils due to the fact that their shell features enable their age to be ascertained. Fossilized cyclops remains (squid) can be found all over the world and have been shown to have lived between the Devonian and Upper Cretaceous periods (500-65 Mio years BC) 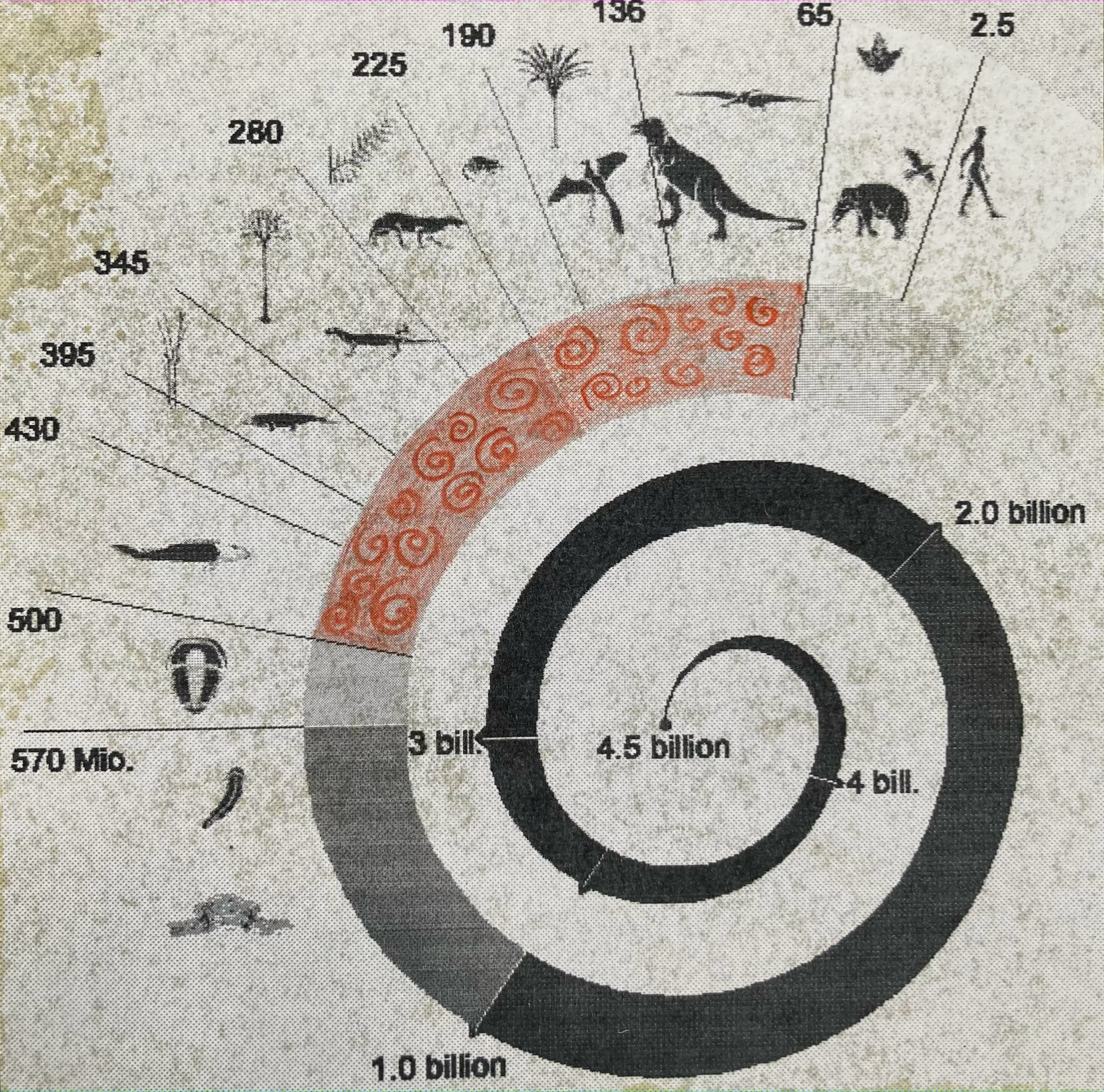 Ammonites look very similar to modern day edible snail shells. However by grinding away the layers of shell, it can be seen that the inner shell consists of numerous smaller separate chambers, each connected to a canal circulating along the outer side of the shell, named “sipho”.Initially the “snail” was firmly attached to the innermost chamber, as it grew it was able to move forward into outer compartments leaving limestone excretions from its outer surface on the chamber inner sides.

The squid remains attached at the rear end of the convoluted shell and gradually stretches out to its present chord form. It forces its way through each compartment thus forming the above mentioned fossilized “sipho”.

Ammonites which could grow up to 3 meters in diameter experienced their heyday during the Jurassic and Lower Cretaceous periods. During the early Upper Cretaceous period around 100, million years ago their habitat declined considerably as waters receded. Evolution brought with it new enemies such as fish and waterborne dinosaurs which made easy quarry of these slow-moving sea creatures. Large scale climate changes and increased competition for nutrition led to their extinction around 65 million years ago. Only one representative of the species has survived this chain of misfortune to this day - the nautilus can still be found in the Indian Ocean.

Its greatest natural enemies are humans.