We have now arrived in the year 2022 , the new millenium has only just begun yet it is already telling us one unpleasant story after another.

Not only has mankind been almost permanently entangled in war  and plagued by news of drought and famine, he is slowly but steadily being haunted by the more negative aspects of his previously presumed progress.
Tons and tons of plastic waste is floating in the seas and oceans all over the world (even in the Artic), and also washed up at high tide on our beaches. 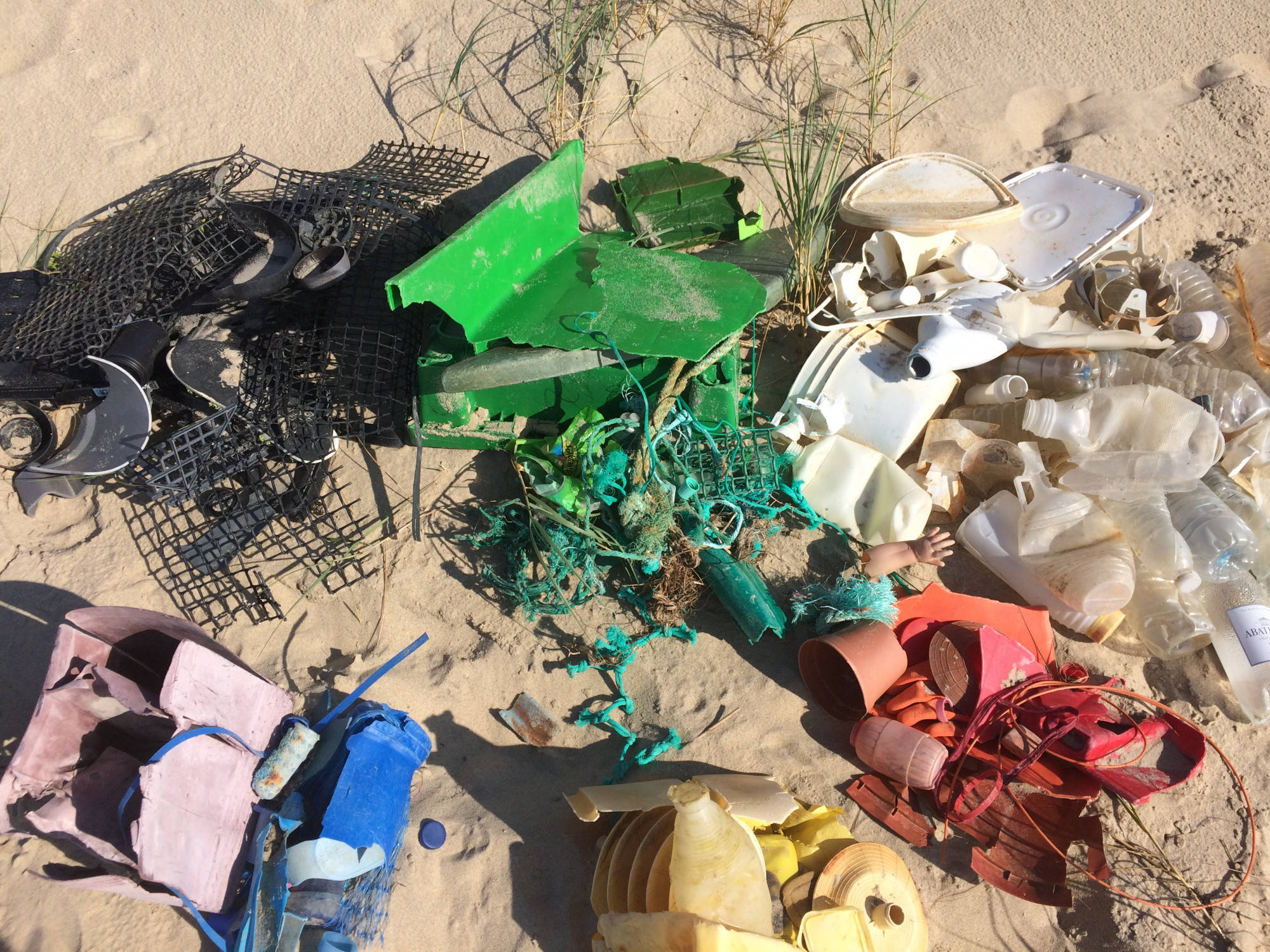 Plastic everywhere. Floating in the water, and taken by fish to be source of food and eaten as “nourishment”. In seas and oceans which have been inhabited by living creatures since prehistoric times. During the Jurassic period the oceans were home to plankton, fish, trilobites, octopus and dinosaurs… During this period fermenting plankton began producing mineral oil – a fossil fuel –THE basic component of plastic production including today`s PET plastic bottles.

The “Kunst-stoff Projekt”* enables a missing link to emerge – the so far missing connection between 2 epochs millions of years apart – the prehistoric oceans and today`s throw-away, littering society.
Worldwide millions of tons of PET bottles and diverse plastic waste is being collected and recycled by dedicated people. An increasing number of initiatives and committed community action groups are emerging.

Feeling inspired by this movement, the Mannheim (GERMAN) sculptor Hendrik Hackl has joined the community Precious Plastic meeting Ingo Reichart, a mechanical engineer in the process of building his own shredder and fuser.

The artist goes off to south west France daily finding and collecting disposable bottles washed up on the shore. The “raw materials” collected are fed into a specially constructed, bicycle driven shredder and the resulting granules are joined and by means of a fuser form into a material suitable for printing - the filament.

Only recently an increasing number of technical research laboratories and scientists have succeeded in recycling almost all forms of plastic and to make it suitable for use in a 3D printing printer. PET has been one of the most difficult and most recent.

During the life of this project a very modern species of dinosaur is “emerging”, made possible by this newly developed self- made filament. 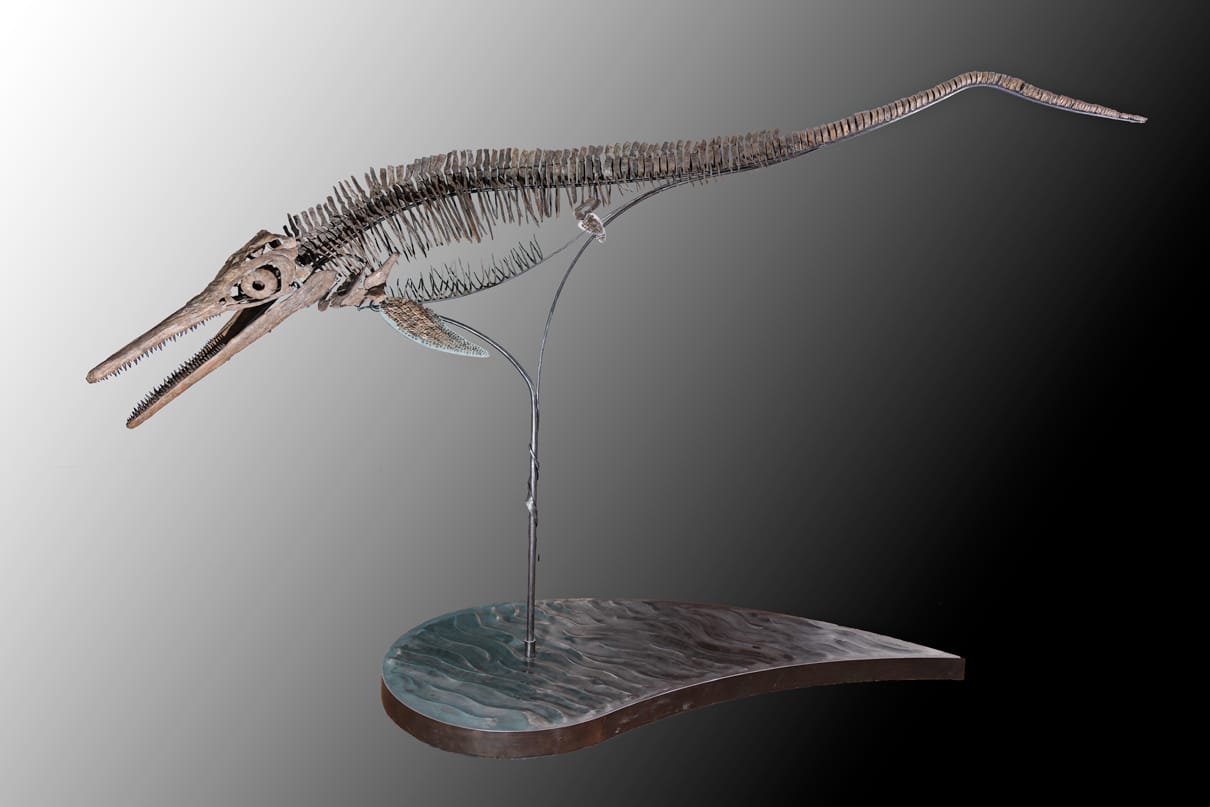 An image of a 180 million year old marine inhabitant – an ichthyosaur – is transformed into the 21st century.

Ichtyosaurs were floating dolphin-like predators, which were first discovered in 1887 in the famous quarries near Holzmaden, petrified in oil shale. The preserved skeletons are usually totally enclosed within the oil shale. Only very rarely does a three-dimensional preparation succeed.

This prehistoric creature now experiences its rebirth – brought into life by a 3D printer, fed by the plasticized, now printable “travel companions” of its epoch, the former plankton of the Jura Sea…

Each indivual bone of this three-dimensionally printed dinosaur is suspende by thin nylon threads thus transforming its skeleton into a mobile. It is caused to vibrate by each slight motion of air from passengers – swimming through our present day…