A prehistoric testemony - temporally borrowed from the Earth 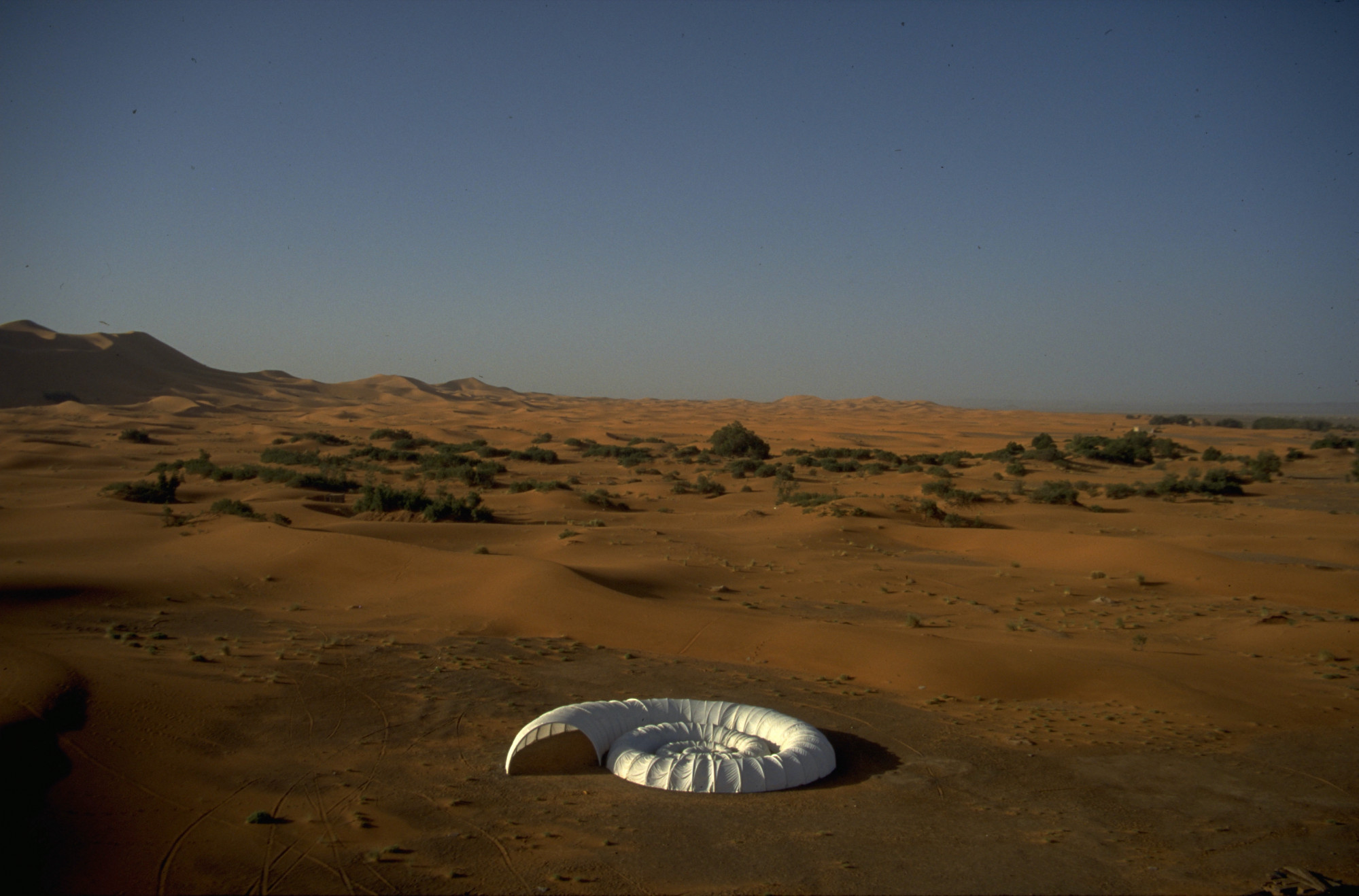 Das Ammoniten Projekt in Merzouga - May 1996

There is something interesting about the circular form: Without corners, beginning or end, its surface causes the eye to constantly wander. With the addition of a spiral, the object has added impact. take the shape of an ammonite, for instance. The viewer‘s eye follows its form round and round and round to the center and then back again to the outer perimeter.

Where erstwhile oceans once covered the continents, today deserts, woods, mountains and valleys can be found. Chalk banks in lagoons with their fossilized testament to the past now see the light of day... 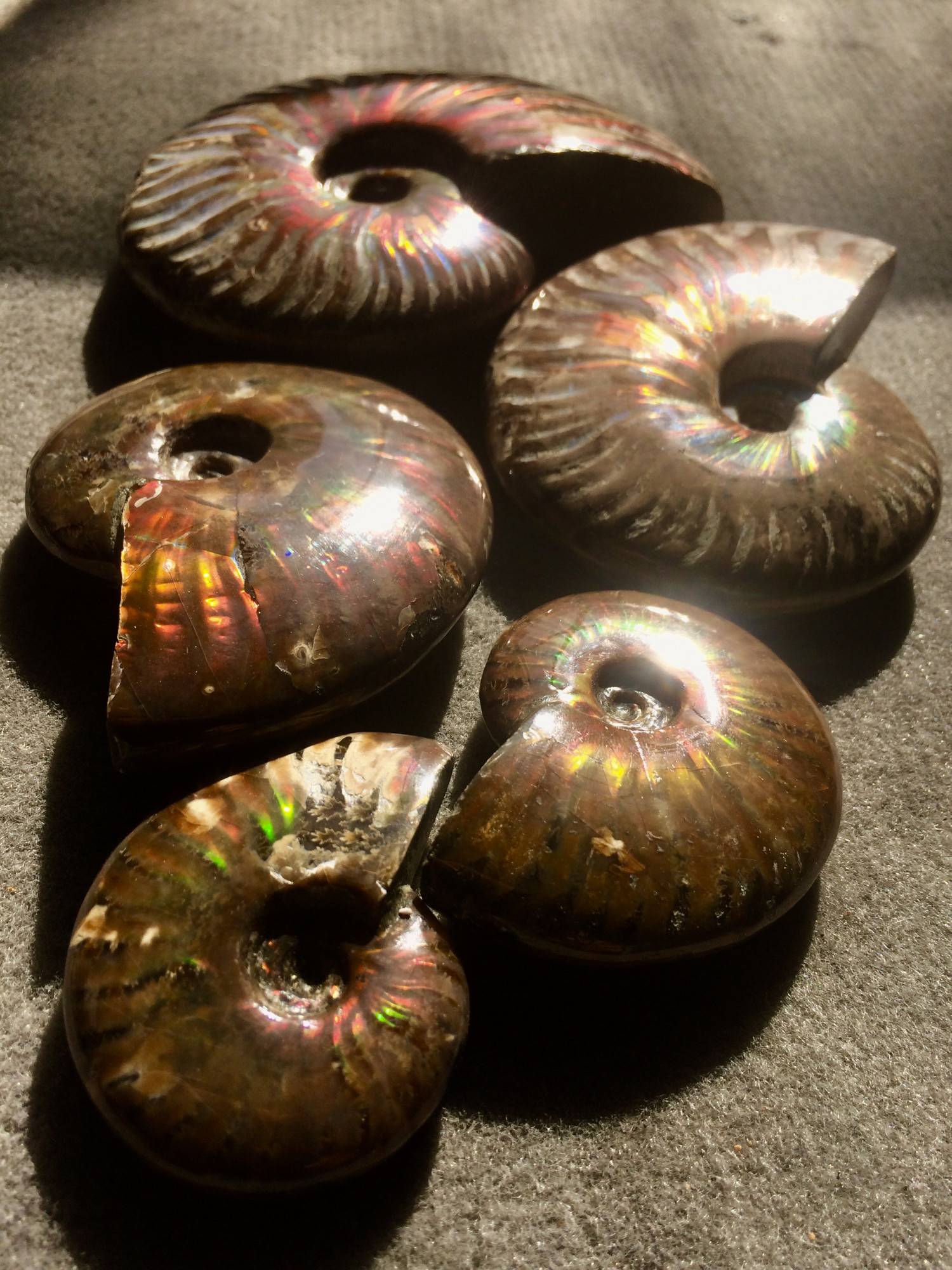 Man, hunter and gatherer, quickly developed great interest in the fossilized remains of earlier times. They are often surrounded with many unsolved riddle and myth. The most fondly collected object among fossil enthusiasts has always been the ammonite which through its distinctive attractive shell stands out amidst other fossils.
This extinct species takes its name from the Egyptian sun god of Ammon Ra who appeared in the form of a ram with „Ammon horns"

Of the 1500 different sorts of ammonite known to mankind one can deduce the age of the layer in which it was found by considering the type of shell. Fossilized examples of these cuttlefish (Octopi) are spread around the world and lived from the late Devonian to the early Cretaceous period (500-65 million years ago)

Of the 1500 different sorts of ammonite known to mankind one can deduce the age of the layer in which it was found by considering the type of shell. Fossilized examples of these cuttlefish (Octopi) are spread around the world and lived from the late Devonian to the early Cretaceous period (500-65 million years ago)

Hendrik Hackl first encountered ammonites in the Moroccan Sahara - the artist is fascinated and inspired. Very soon he transfered his findings into pieces of jewelery - bigger sculptures and wall objects followed. 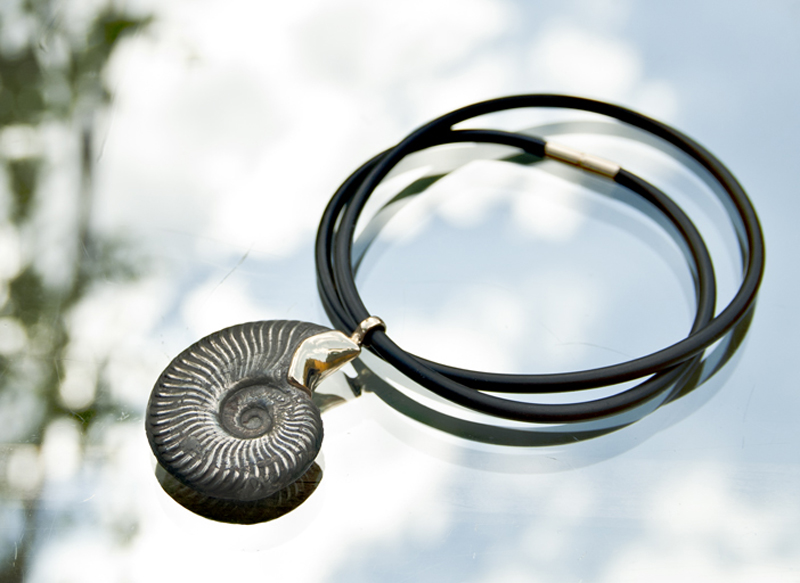 After seven years of successful artistic work with ammonites, Hackl decided to say thank you for the gift of nature and to symbolically give an ammonite back to the Earth.

Hereby the shell of of an ammonite from the cretaceous period is transformed into the information age by means of modern machines and materials. 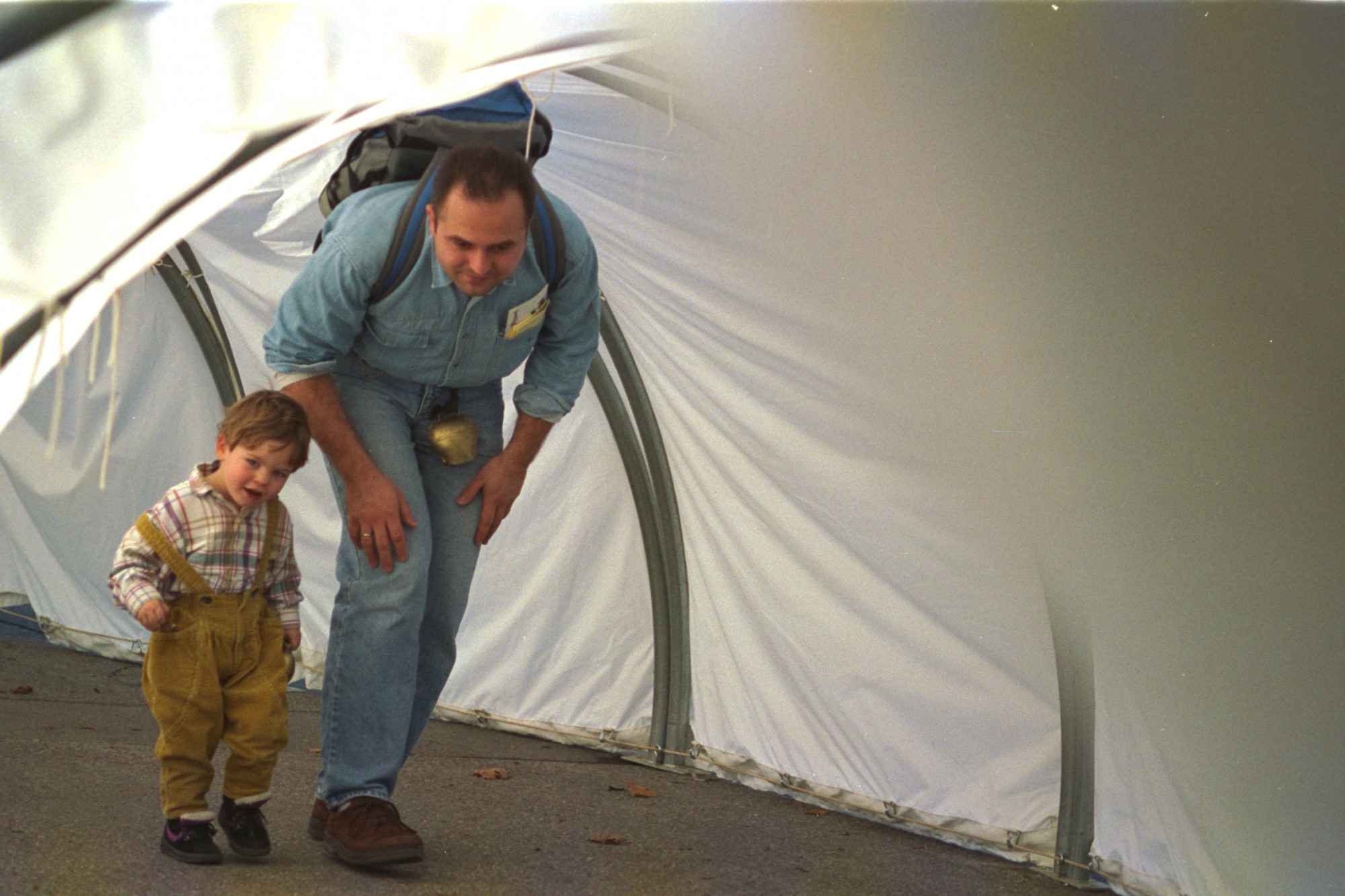 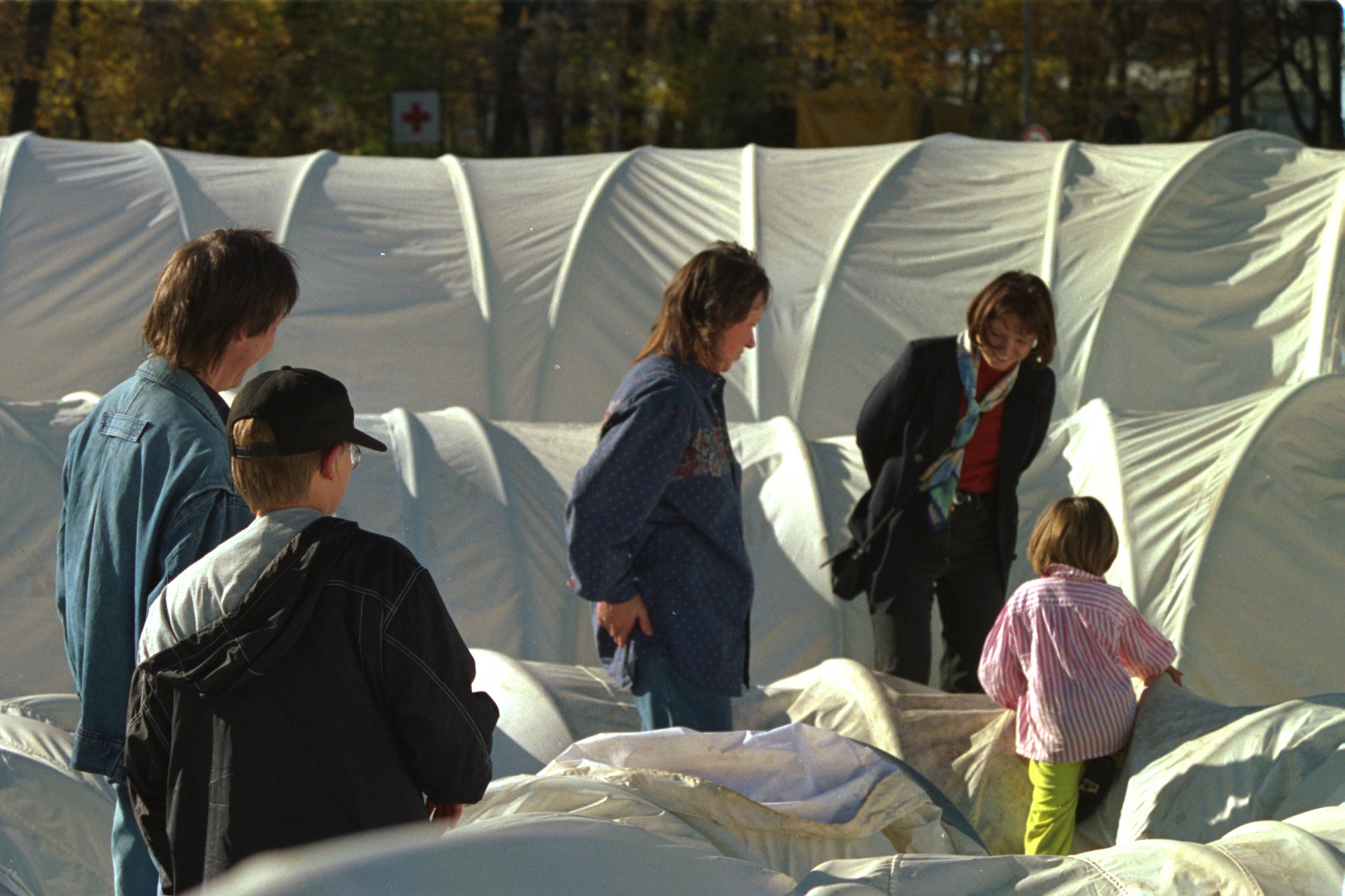 One is drawn to the spiral form of the sculpture by the association and confrontation with creation, evolution and the comings and goings of existence and can hardly remove oneself from this symbolic power.

The dimensions of the tent sculpture are such that the observer may enter and walk along the ever decreasing spiral, driven by curiosity, he must gradually stoop more and more, and event-ually crawl in order to reach the center - he re-evolutes. Upon return he personally experiences evolution from primitive crawling creature to up-right homo sapiens in himself. 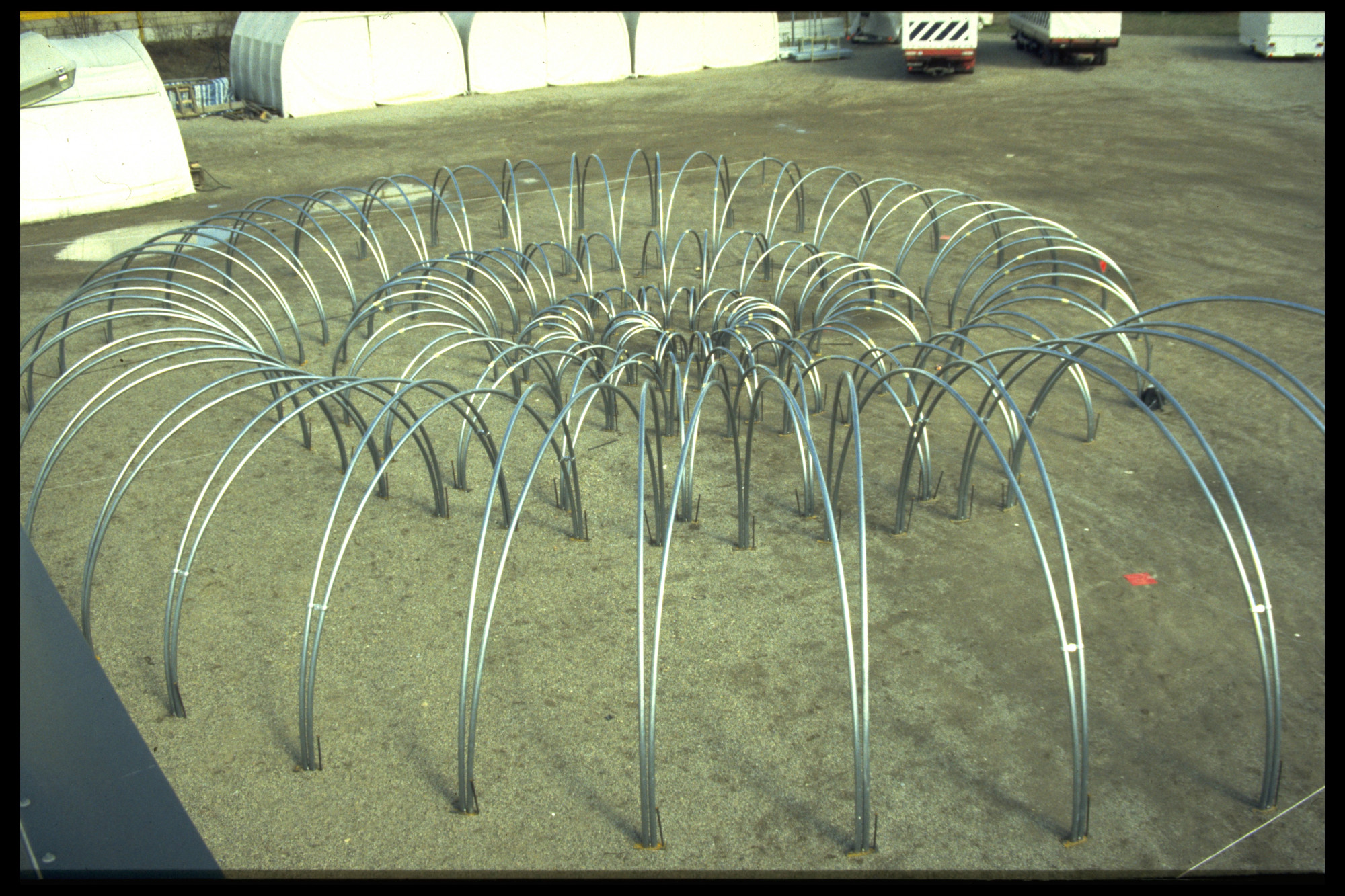 The skeleton of the tent sculpture during construction in Ludwigshafen

The sculpture which is to be pitched in the open air has a diameter of approximately 21 m and is 3 m high and 6 m wide at the entrance. The skeleton of the sculpture consists of 163 semicircular metal ribs, which are connected by floor plates. The height of the ribs starts with three meters at the beginning, going down to 65 cm inside the spiral.

A walkway (30 cm) between the ribs is visible on the construction plan. 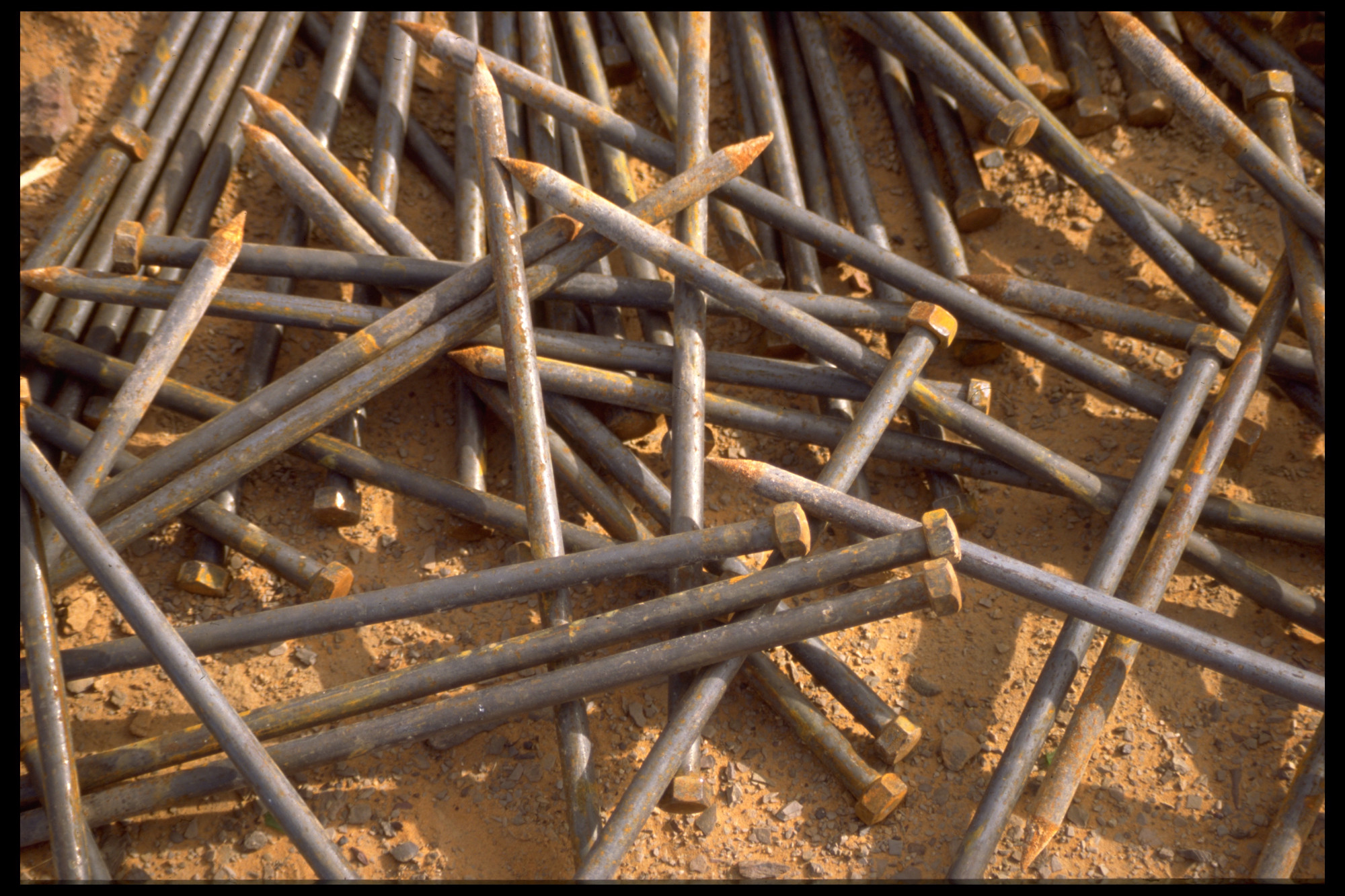 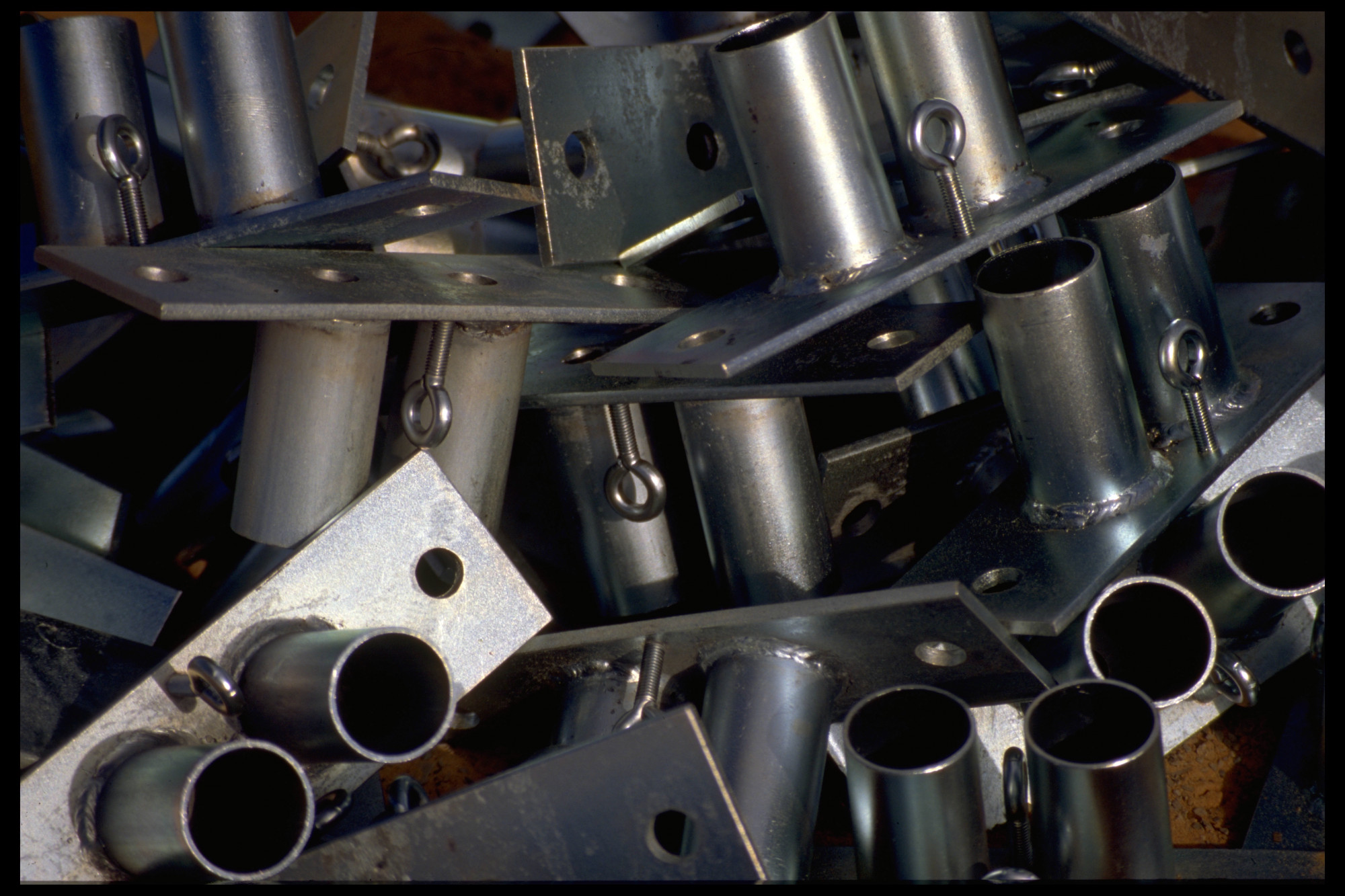 The ends of the bent metal ribs, connected to the floor plates, are anchored in the ground with  stable pegs. In the inner area of the spiral - the smallest arch has a clear height of 65 cm, while the largest - the entrance arch - has a diameter of about three meters.

The white canvas is manufactured out of a thin, transparent syntethic cloth. Twelve combined segments form the "envelope" of the artificial fossil. Each single segment is a neat piece of work, causing an exact setup of the metal construction. Cloth and metal ribs are connected with cords and rubber bands. 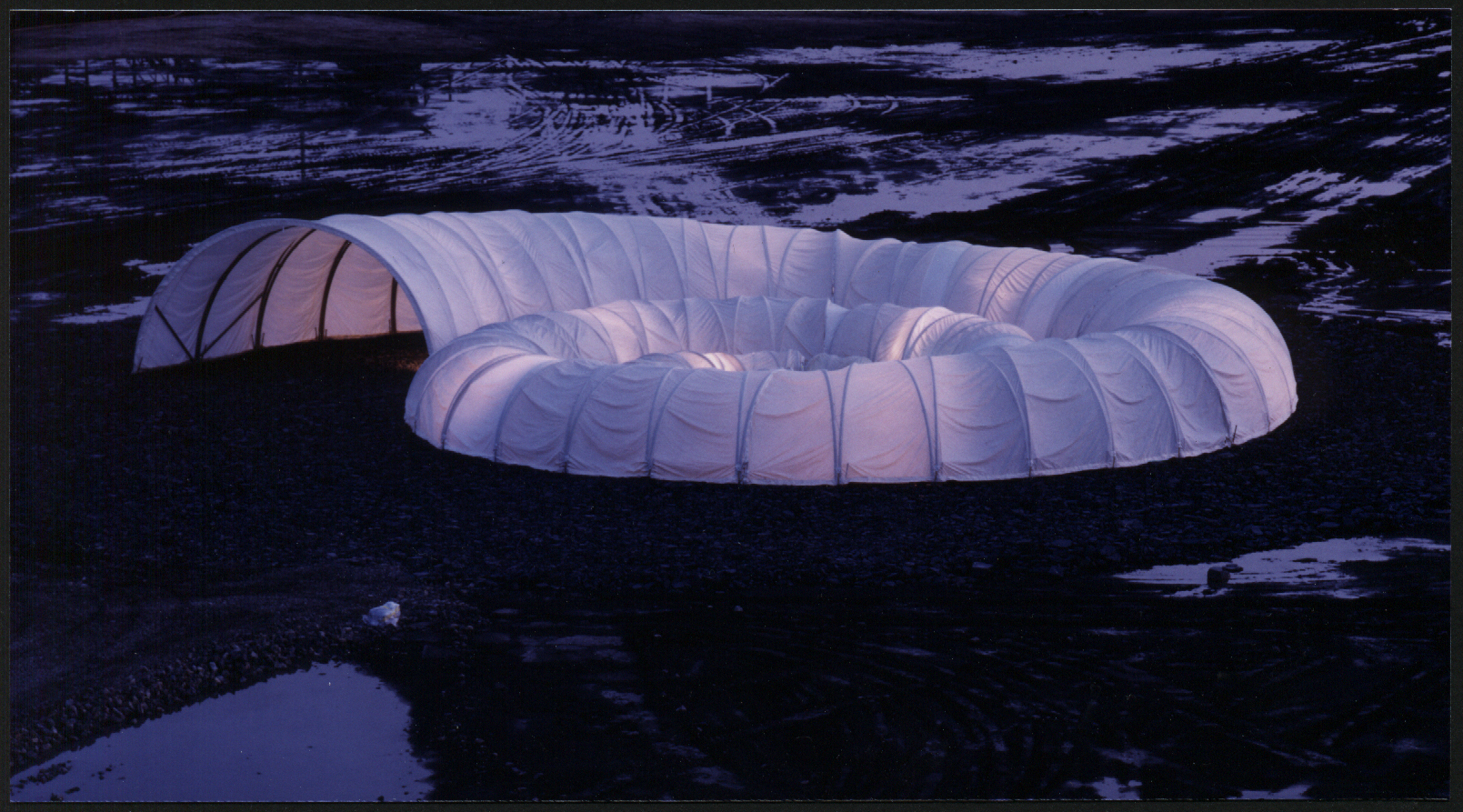 The „Give-Back" is just a symbolic and temporary art installation. After the erection in Merzouga the nomadic tent structure is trvelling around the world... 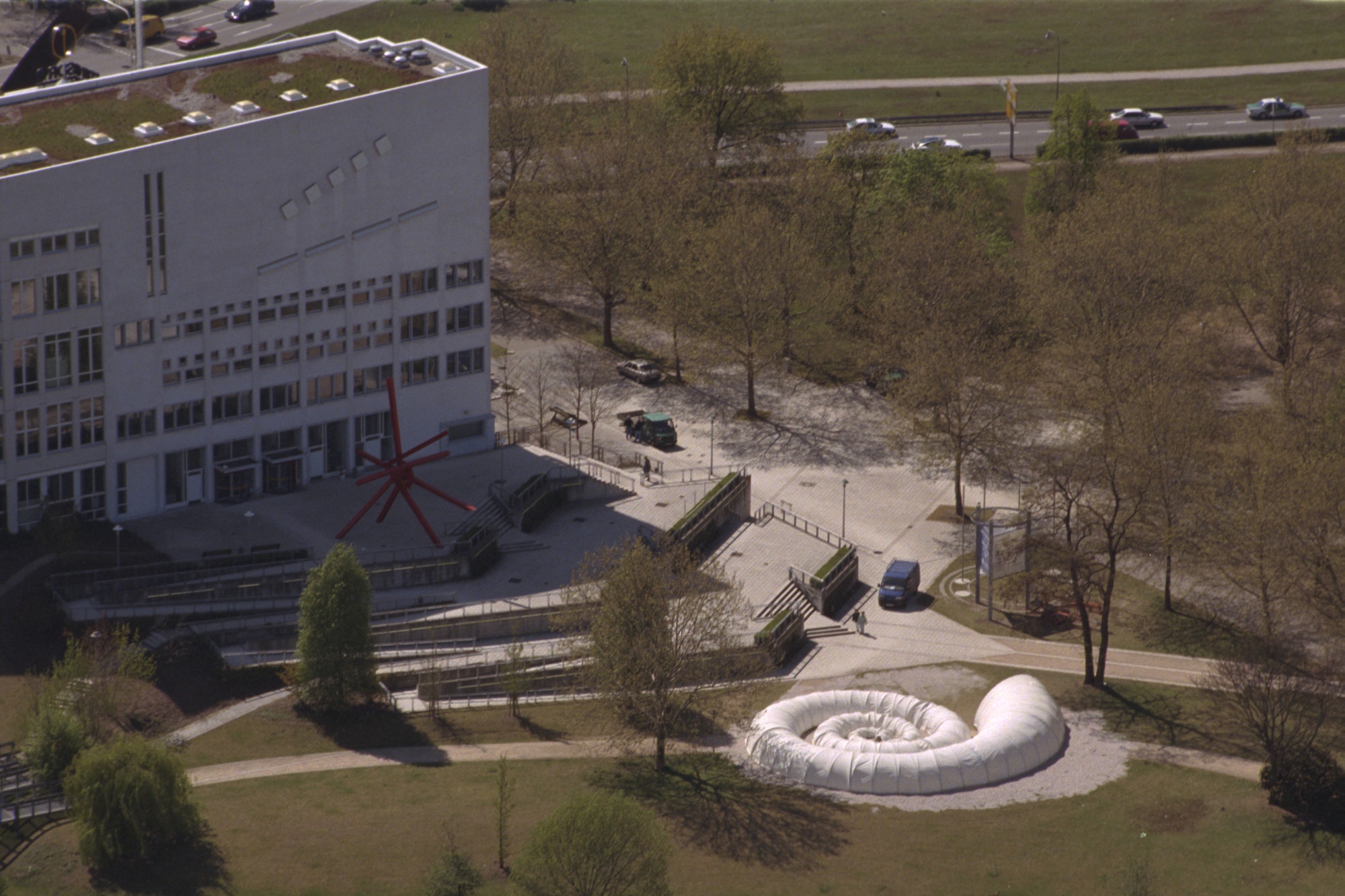 Art installation at the Technoseum in Mannheim 1997