Since ancient times Glossopetrae have been worn as talismans on account of their supposed healing and magical powers. It was believed that they originated from fossilized snake tongues which worked to counteract toxins and gave protection against a wide variety of evils, spells, evil spirits and even discomfort during teething. It was even believed that they possessed the ability to enable the dumb to speak. 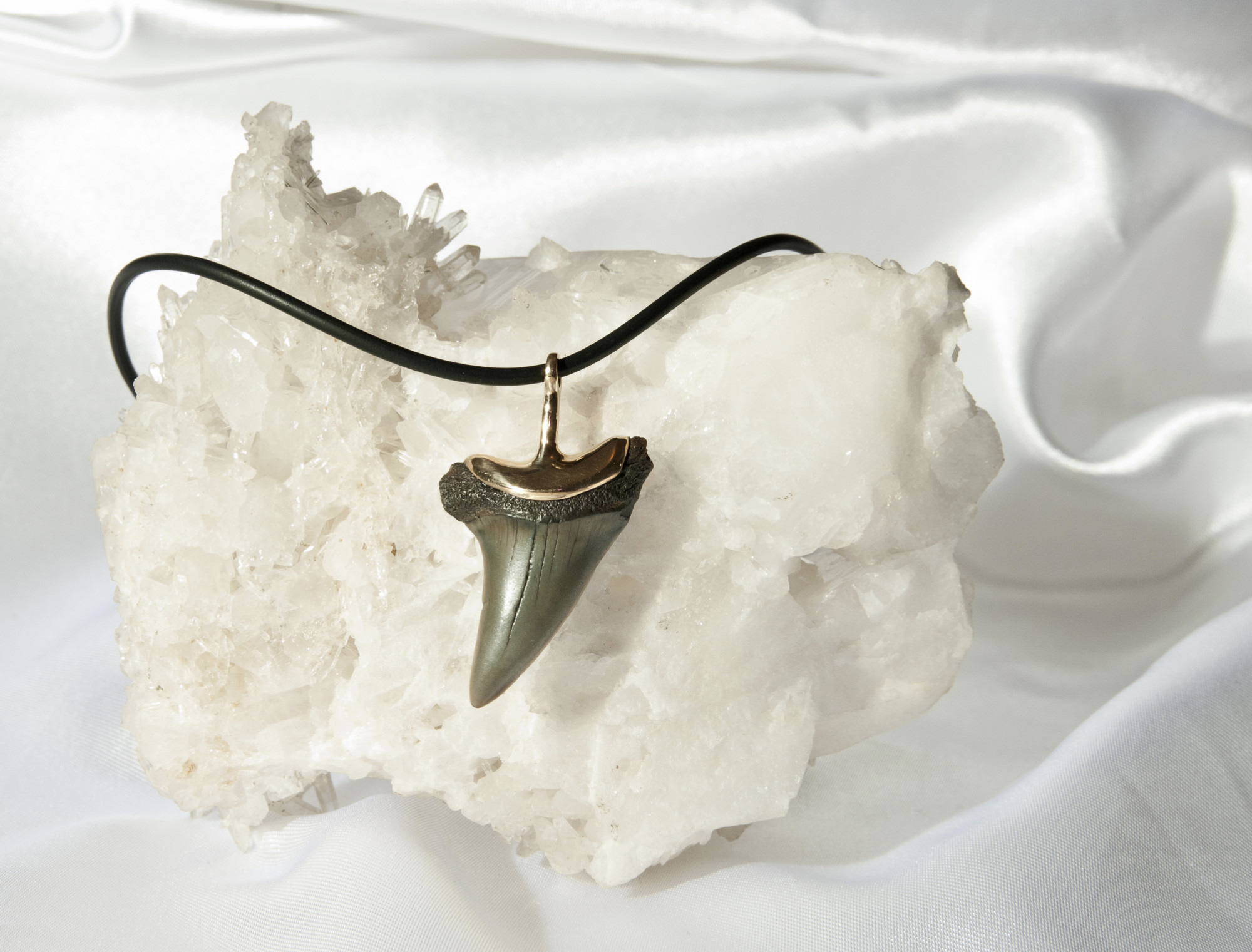 Legend has it that the best, most effective and thus most famous “tongue stones” were found in Malta. As written in the Holy Scriptures, during a visit to Malta, the apostle Paul was bitten by a poisonous snake but miraculously survived and turned the snake into stone. Since then the „tongue stones” have been deemed as a remedy for poisoning and have been exported by the thousand.

It has been used in various forms: Powder, elixir and tonic, to remedy all kinds of diseases, terrifying fevers, skin burns, small pox, pimples and childbirth contractions, epilepsy and halitosis (chronic bad breath). Marriage brokers claimed that the effect of “tongue stones” was indispensable during courtship and proposing to a damsel.

Dipiction of a tongue stone

An historical turning point occurred as an over one ton white whale was caught off the coast of Tuscany in 1666. Such a massive whale had never been caught before. Local fishermen took souvenir photographs. They chiseled out a few teeth and threw the carcass back into the sea but not before cutting off its head. This was later sent by cart to the scientific institute at the court of the Grand Duke Ferdinand II in Florence, where a theatre of anatomy was situated. 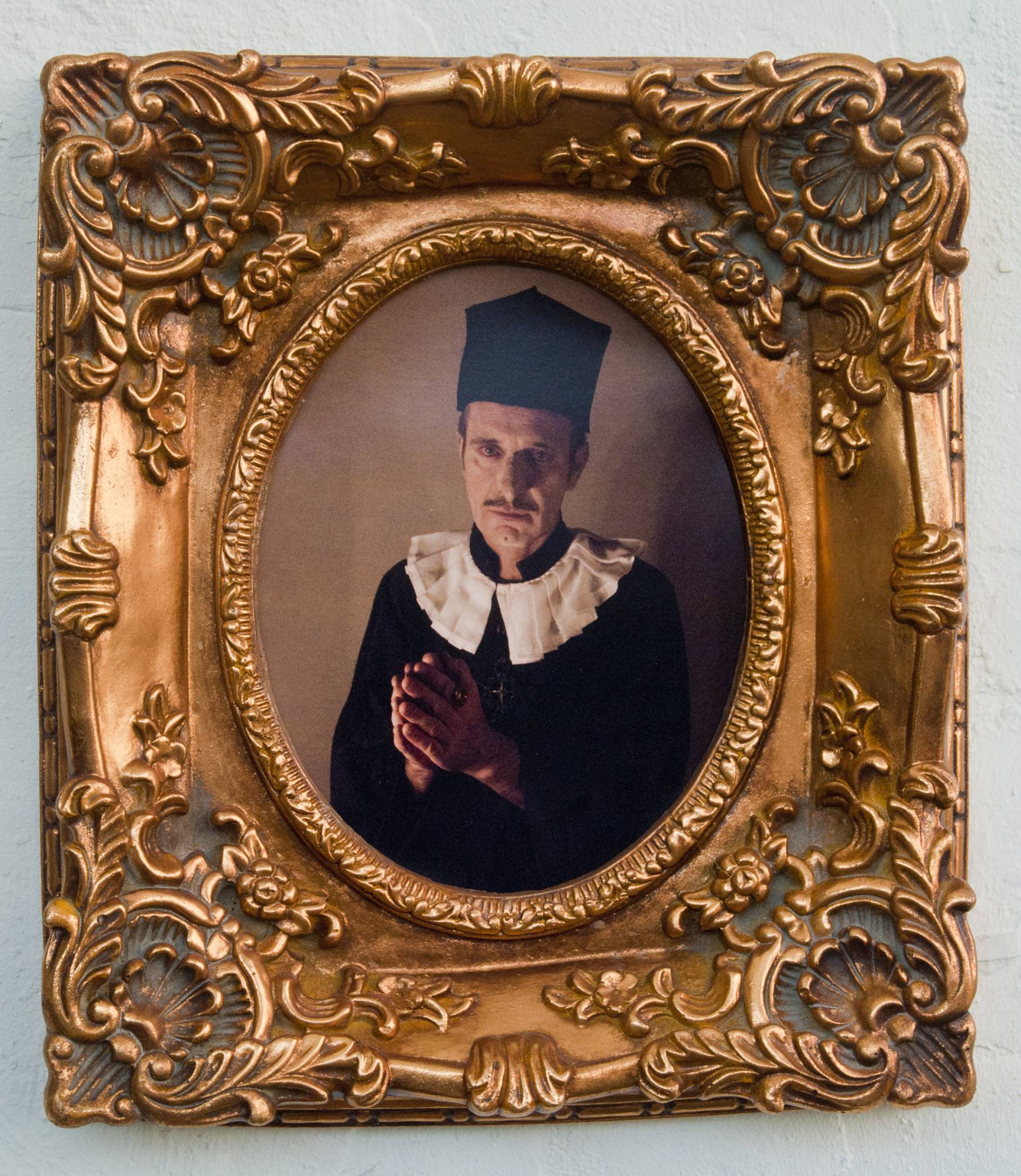 The young Danish scientist Nicolaus Steno was appointed to dissect the monstrous, already decaying shark’s head in front of the very eyes of the Grand Duke, ladies in waiting (ladies of the court), scholars, spectators and curious on-lookers. He noted that sharks possessed a very small brain compared to their body mass and that Glossopetrae and shark teeth looked remarkably similar “just like 2 peas in a pod”. 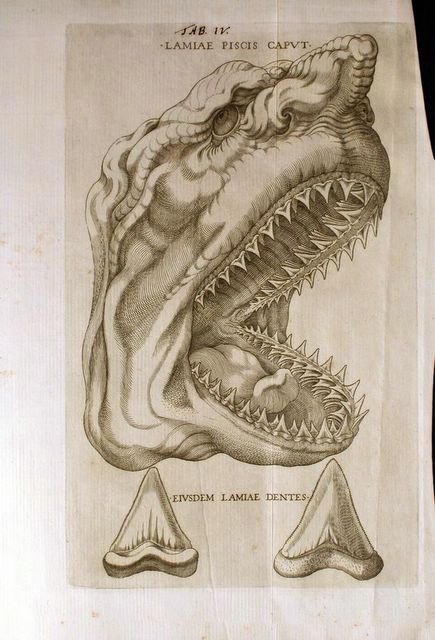 Drawing from the Vatikan catalog - 1667

Long before Steno’s activities, famous scientists such as the French physician and natural scientist Guillome Rondolet and the Italian Fabio Collona had already noticed great similarities between the Glossopetrae and sharks teeth in sea creatures which still roamed the seas in “modern” times. However all of their theses were indecisive due to one basic contradiction: Namely, the Glossopetrae were found on land, where sharks didn`t belong and were not expected to be found.

Due to the special case of the “tongue stones”, Steno recognized the general problem, which needed to be solved: How on Earth did shark’s teeth and fossilized deposits of other marine creatures manage to reach so far inland, far, far away from the world’s oceans?